Giddy Up! The Runnin' Utes take on Oklahoma this afteroon on the road and believe it or not, the game will be aired nationally on ESPN2! How sweet is that?

This game is likely to get ugly, which will be a first of the Boylen era, but it is Utah's first real national game of the season. So sit back, especially if you're in Salt Lake (with that nasty snow and all), relax and hopefully watch Utah stun Oklahoma.

And if you feel the need, comment here about the game. I know, I know, it's basketball and we're now officially a football school, but maybe, just maybe the power of comment will push our team to victory.

Yeah, probably not, since Oklahoma is a really, really good basketball team this year. 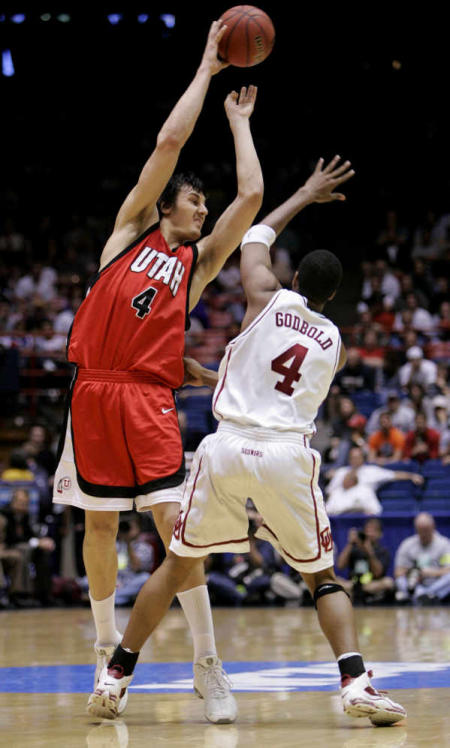 It can happen again, right?