Share All sharing options for: Block U's Conference Player of the Year Awards

With the 2008 season awards being released today by the Mountain West, I thought I would publish Block U's awards. They don't count for anything and probably have a bit of bias to them, but what the hell, right? If they can release their awards, I can do the same. 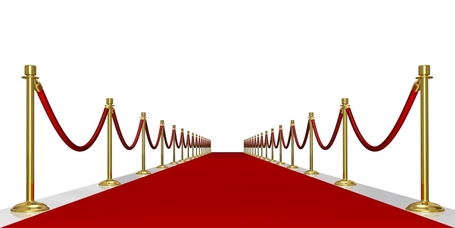 This was not an easy choice, as there are some very deserving players in the conference this year. However, the person I did choose has shown on the football field to be the best player in the Mountain West Conference. I say this because he not only showed true leadership throughout the season, but did so in the most perfect of ways. While other players may have been more successful statistically, the leadership by this individual on the field is the biggest reason for his team's success. Because of this, I feel the Offensive Player of the Year should be...

Shocker, a Utah blog picking Brian Johnson as the Offensive Player of the Year. But you can't deny what he did this season. The 2008 Utes will go down as the second best team in Mountain West history (next to the '04 Utes) and their leader, Brian Johnson, is a big reason for this.

Battling injuries in 2005 and 2007, Johnson delivered the Utes a perfect 12-0 season and though his play wasn't perfect at times, his clutch performances against Air Force, Oregon State, New Mexico and TCU has made him a Utah legend. Sure, his stats aren't jaw-dropping, but sometimes you've got to look beyond the numbers to find a truly great player and there is no question Johnson's leadership and fight this season is a big reason the Utes are undefeated and playing in their second BCS bowl game in five seasons. In fact, only two Mountain West quarterbacks can claim such an honor as playing in a BCS bowl, Alex Smith and soon Brian Johnson.

I went back and forth with this decision, as the two players I had in mind were both deserving of this honor. Ultimately, though, I decided to go with who I felt had the better overall performance and one of the largest impacts on his team. As I said with Brian Johnson, the success of a player should also directly tie in with the success of the team. Some defensive players have a big enough impact to lead the team and others might play a vital role, but may not be the biggest single reason for that team's success. With Utah, Brian Johnson is the reason the Utes went 12-0, as he was the player to consistently step up and perform when the team needed him the most. That isn't to say other players weren't important, but the success of Utah this year directly correlated with his ability. Because of this, I feel the Defensive Player of the Year should be...

The Ute in me wanted to select Paul Kruger, namely because of what he had to battle through to get where he is today. But it's tough to go against Hughes, who has put together a spectacular season and helped put the TCU Horned Frogs at 10-2 on the season. In fact, the Frogs were a defensive stop on fourth down away from not only claiming the Mountain West title, but a possible BCS berth, as well.

Hughes is a finalist for the Bronko Nagurski Trophy, the lone non-BCS player on the list. He leads the nation in sacks and tackles and has been the player behind TCU's tops in the nation run defense. To put it simply, he's pretty much a beast and the major reason TCU's defense is one of the best in the country.

This really isn't up for discussion, right? I mean, we all know who'll get the award and there is no reason saying it was a tough choice, because it wasn't. Because of this, I feel the Special Teams Player of the Year should be...

It's pretty easy to select Sakoda, who has been the Mountain West's most successful kicker. He's the leading scorer in Utah history and his field goal as time expired against Oregon State kept Utah's undefeated season alive. While Brian Johnson might be the biggest reason the Utes are 12-0, Sakoda's success at field goal kicking and punting is another reason, as well.

Utah fans know full well how special teams can bite you in important games. This season, though, there was never really any fear Sakoda couldn't get it done. He's the best kicker in Utah football history and easily the winner of this award.

This one isn't really very debatable. I think we all know who'll win this award and it's well deserving, because his performance this season can be compared to only one other coach in Mountain West history and that guy is on the verge of coaching for his second national championship. That alone is the reason I feel the Mountain West Conference Coach of the Year should be...

If you've read Block U over the last three seasons, you will know that I've been one of Kyle Whittingham's harshest critics. I was wrong. I was dead wrong, in fact, and this season proved that I really don't know what I am talking about.

When Whittingham took over Utah in 2005, expectations were high. They always are when you inherit a team coming off a 12-0 season. Though many of us expected a step back, it was tough to swallow the 7-5 season that followed 2004's dominance.

In 2006, the 8-5 season had many of us questioning the future of this program, especially when Utah blew a huge halftime lead against New Mexico. Then there was the meltdown in Las Vegas last year, a game that will always be remembered as Black Saturday here. It was ugly. So ugly, that even I suggested the Kyle Whittingham era was on the verge of collapsing. Again, I was wrong. That game, that moment, proved to be a turning point for this program and Utah has only lost one game since. Kyle Whittingham deserves all the credit for that turnaround and even though I've been wrong in the past, this I know I am right about.

When Whittingham emerged from the wake of that devastating loss to Rebels, he didn't panic. He didn't allow the team to crash and burn, like what had happened in 2002, after the Utes lost a close one on the road against Arizona. Instead, he forged onward, barely changing anything and the leadership he showed in the days and weeks after that terrible loss is the reason Utah football stands at 12-0 now.

He could have blown the program up. He could have fired his assistants, forced a change at quarterback and thrown out the entire gameplan. Instead, he stayed the course and it proved to be the right move. The next week, Utah soundly defeated Utah State, on their way to a then career-high seven game winning streak for Whittingham. Though his team lost another heartbreaker to BYU, by the middle of that run in 2007, we knew Utah was being led by the right guy and this season, we honor him for it.