I'm sure a major debate is about to hit the Salt Lake area with these newly released plans. If you haven't heard, the University has decided to develop the parking lot just west of the stadium. Not much had been known about the plans, but today, initial renderings have been released.

This is what the plans call for: 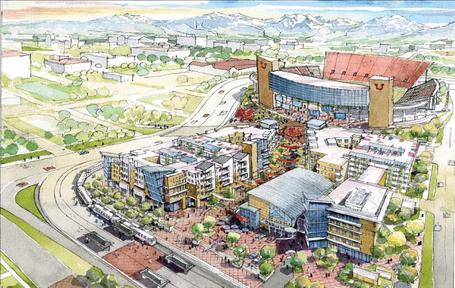 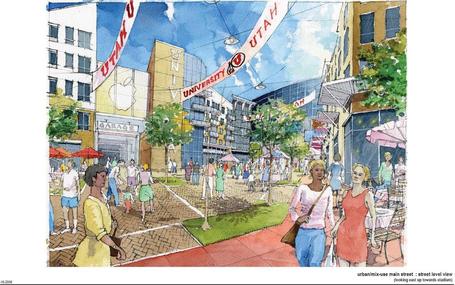 To me, it's a pretty remarkable and ambitious development, but I think it could have great impact on the area. Not only would it create a social center for the campus, something sorely lacking at the U, it would also provide a pretty exceptional gameday experience.

Of course, these are probably only preliminary and as the debate continues, I would not be surprised if these plans changed dramatically. However, for a starting point, this looks pretty exceptional. We'll see what happens, but what are your thoughts on this project? Do you support something like this or do you think developing the parking lot is a bad idea?