Share All sharing options for: BCS to Utah: Drop Dead! 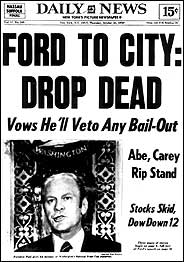 It seems the BCS thinks Utah should sit down, shut up and take their screwjob in silence. At least that is what the ACC commish is saying.

Discussing the obviously flawed system, John Swofford had this to say about Utah's beef with the sham system.

“Prior to the BCS, Utah would not have had the stage provided to show the nation what it did."

You see, Utah fans, we should just quiet down, accept our standing in the world and enjoy the ride, even if we are getting railroaded!

It kind of reminds me of Oliver Twist, the lovable orphan who had the audacity to ask for more food. I mean, how dare he ask for more. What a true ingrate he was to believe he deserved better than a bucket full of slop.

What a freaking joke. So Utah should just be happy to be there, screw wanting to win the championship, right? Just playing on the big stage is good enough in their eyes. Pathetic. But what's even more pathetic is tonight, when they give the trophy to the winner of the BCS championship game, they will do so on behalf of the 11 conferences, including the Mountain West. Let's be clear, though, tonight's game won't decide college football's national champion. It will decide the BCS champion and nothing more.

The debate as to who is worthy of the title, however, continues.