Oh yeah, there was that whole Jamie Whittingham thing...

Share All sharing options for: Oh yeah, there was that whole Jamie Whittingham thing...

Cause this is total class, folks. 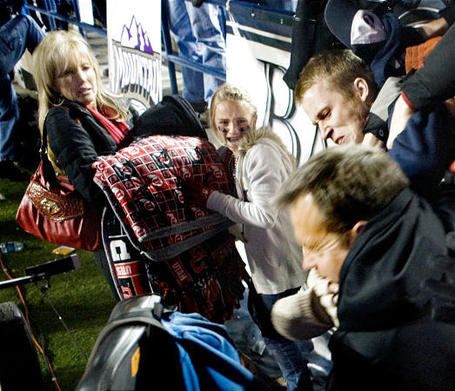 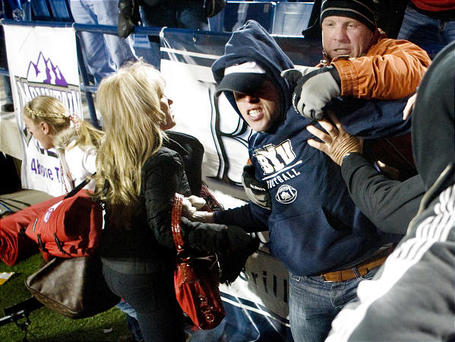 Jamie Whittingham (left) is grabbed by an unidentified BYU Cougars fan during an altercation after the game against the Utah Utes at LaVell Edwards Stadium on Saturday. Whittingham is the wife of Utah head coach Kyle Whittingham (Deseret News)

All this talk about Hall's family being assaulted to a bloody pulp at last year's game and yet not much reported on the confirmed story about Jamie Whittingham getting an elbow to the mouth and then being told to shut up by the person delivering the elbow.

Ute fans and BYU fans certainly need to take it down a level. This stuff is unacceptable.

But to act like it's a one-sided affair ignores reality.