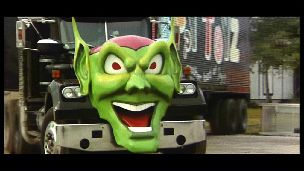 I'm not sure if the Trucker College Green Demons qualified...

It's the holiday season again and that can only mean one thing - we're about to bombarded by the numerous bowl games that will dominate the next couple of weeks. It's as much apart of the Christmas season as eggnog, gaudy sweaters and ridiculous and tacky Christmas decorations. Which is fitting, because, much like the overblown displays we see throughout countless American suburban neighborhoods, the bowl system is just as overdone. 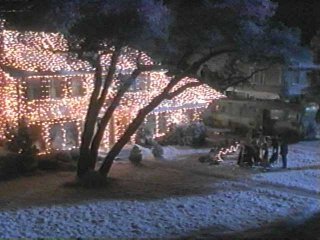 It's like the Griswold house...overdone, overblown...yet oddly you can't turn away.

Like crack, though, we just can't get enough of it. We'll bitch about the prospects of some program from the Sun Belt taking on the fifth best MAC team and yet, when it's all said and done, how many of you will pass up the opportunity to watch it if there is nothing else planned for that night?

I mean, even at my aunt's annual Christmas Eve party last year, we watched Notre Dame take on Hawaii in their bowl game. It wasn't an epic showdown and neither team really deserved the post season - but it didn't stop any of our family from watching that game.

In fact, I overdosed on bowl games in '08. Maybe it was in anticipation for the Sugar Bowl or maybe I truly am addicted. But when I came across a game between two 7-win teams that didn't mean anything other than bragging rights, I stopped and watched.

That's what happens, right? We can't pass up the chance to watch football. Especially when we know in less than a month, it'll be over until August. That's a long time and the bowl season offers up that one last party. You know, the bowl season really is our Fat Tuesday. We'll use it to gorge ourselves on the game knowing the fast is but only a few days away.

Which makes a playoff that much more obvious. You not only get the beauty of more games, but they actually mean something. Who cares if Bowling Green beats Idaho? Neither team has any chance of finishing ranked. So, like most every other bowl, it's just filler. It's just empty calories.

Now I'm sure to their fans, that bowl means a lot. But I'm not an Idaho fan and I don't expect them to put anything into the Poinsettia Bowl. So, basically, there are only a handful of bowl games that seriously interest a great deal of college football fans. That's obviously the national championship game and the BCS bowl your conference's best team might be playing in that year. For us, it's the Fiesta. Outside of that, I don't care what happens in the Orange. Or even the Sugar.

The national championship only matters because, even if we don't like the process, it still decides the champion.

That means every other bowl game is just there for the sake of being there. If the Little Caesars Bowl were to fold tomorrow, would anyone care? Well maybe the C-USA and MAC - but that's about it.

Yet I don't doubt that, if I stumble across the Little Caesars Bowl, I'll find myself watching. Do I care if Marshall or Ohio wins? No. But it won't stop me from enjoying the game.