The Utes continued their push toward the conference crown with an important victory over the worst team in the Mountain West.

Air Force entered Saturday's game with zero wins in conference play. However, you probably wouldn't have known that had you turned into the game at the half, as the Falcons held a slim one-point lead. The slow start had much to do with Air Force's hot hand, as they hit on four of their first five three pointers and shot 56 percent in the first half. But once Utah settled down, they dominated the second, a half that was fueled by an 18-1 run.

It marked the Utes' 18th win of the season, matching last year's win total and puts Utah at 9-2 in conference play.

Leading the Utes was Lawrence Borha, who finished with 22-points on 7-8 shooting. The effort was by far his best performance of the season and further proof the senior has improved greatly from last year.

For the Falcons, senior Anwar Johnson had 18-points, while shooting well from the floor. But it was hardly enough and the Falcons fell to 0-11 in Mountain West play.

Next up for the Utes is a trip to Colorado State Wednesday. The Rams fell at UNLV Saturday and sit at 3-8 in Mountain West play. 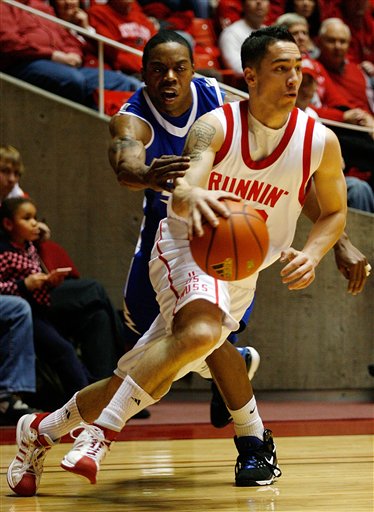