Confession, I've actually never seen 300, but I remember this scene from the previews. I think it works, no?

Ugly win by Utah, but it gets them to the second round of the conference tournament. They'll play the winner of the Wyoming/New Mexico game, which is about to get under way as I type this.

Kepkay in the first half.

I guess winning ugly is better than losing pretty, right?

Hopefully they come out and play better tomorrow and thankfully they're not getting the late start, which gives them a bit more rest than the eventual winner of tonight's late game. 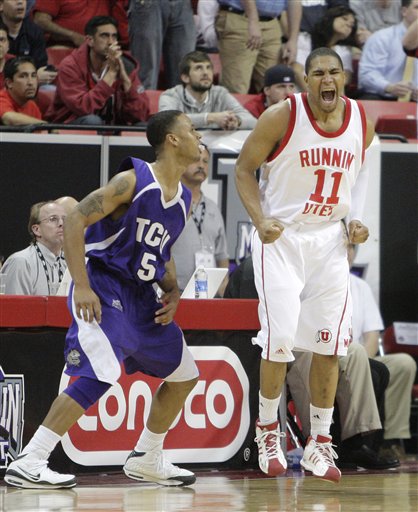 Borha leaps after killin' some frogs! 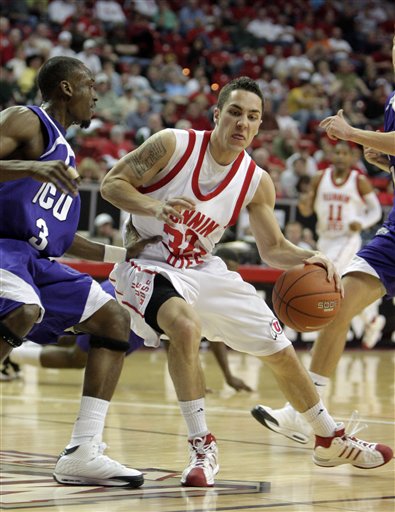 Eh? Kepkay's play in the first half kept Utah, without Nevill, in it

Bring on the New Wyoming Cowboylobos!