Wyoming might have upset New Mexico to advance to the semifinals, but Utah was not going to have any part of that tonight. The Utes controlled the game for most of the night and though Wyoming managed to cut Utah's often double-digit lead down a few times, the Utes always had an answer and in the end, it allowed them to coast to the 68-55 victory.

With the victory, Utah advance to the conference championship game and will take on San Diego State tomorrow at 5:00 MST. The Utes will be playing in their first title game since the 2005 season, where they lost to the New Mexico Lobos.

Luke Nevill. Nevill finished with a game-high 23-points and made up for Thursday's foul plagued performance.

Utah's defense. Maybe fatigue played a factor, but Utah's defense kept Wyoming in check most of the night. After shooting near-lights out from three against the Lobos, the Utes held the Cowboys to only one three-point make the entire game. Wyoming also shot only 35% from the field and had 14 turnovers.

Utah could never sustain a lead of greater than 10 points or more until the final minutes. I'm not going to complain too much, but it would have been nice to give the players we rely on the most rest.

Luka Drca. 4 turnovers, which made up almost half of Utah's total. The guy continues to be a turnover machine, though it didn't hurt the Utes in this one.

Regardless, it was a great game and the Utes played far better than they did Thursday against TCU. Now it's onto the championship and waiting for them is a hungry San Diego State Aztecs team that is looking to solidify their spot in the NCAA Tournament.

It won't be easy. Hopefully Utah has the legs to run and win the tournament! 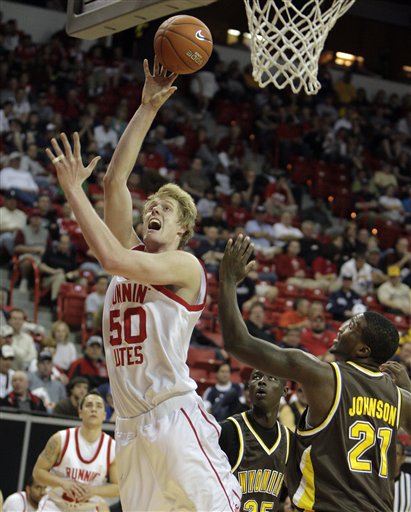