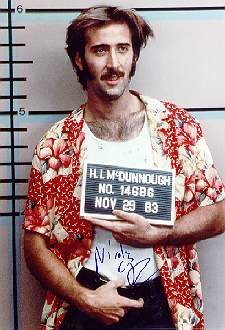 Utah's first-round opponent should be familiar to all Ute fans, as they were on the losing end of one of the greatest basketball games in Utah basketball history. That performance, in the 1998 Elite Eight, was the first and last time these two teams met in the NCAA Tournament. Well at least until this Friday, where the Utes and Wildcats will face off for the first time in postseason since that regional final, a 76-51 Utah victory.

Much has changed since that game eleven years ago. For starters, legendary coaches Rick Majerus and Lute Olson are no longer with their respective programs. Majerus resigned from his position at Utah in 2004 and Olson retired in 2008.

The teams also last saw any real tournament success in 2005, where the Utes advanced to the Sweet Sixteen and the Wildcats to the Elite Eight. Arizona was bumped out of the first round two of the last three years and lost in the second round in 2006. Utah is making their first appearance in the Big Dance since that Sweet Sixteen run.

But beyond the obvious program changes, Utah and Arizona are entering the tournament going in completely opposite directions. The Utes ended the regular season winning 18 of their final 22 games. The Wildcats, on the other hand, are only 1-5 in their last six. Which made their selection that much more of a surprise, as Arizona was thought to have popped their bubble with a 12-point loss to rival Arizona State in the Pac-Ten Tournament.

Yet even with that surprise choice that many pundits suggested Arizona didn't deserve, the Wildcats enter their game against the Utes favorites in both Vegas and the sports writing/broadcasting community. So why are they favored?

Well it's Arizona and Arizona is still Arizona. That always gets you some hype, especially when you're facing a team no one has seen and unfortunately, that's exactly what the Utes are dealing with right now. It isn't a surprise so many people are overlooking them, since they haven't seen them play in the first place.

But Arizona enters this game struggling, especially away from Tucson. And while Utah has had their own troubles away from home, the Utes did manage to win a conference and preseason tournament, which were not played in the state of Utah.

I expect to give a deeper look at the Wildcats the rest of the week, but for now, that should give you an idea of what the Utes will be facing.