We'll do two threads today, one for the early action and then another for Utah's game against Arizona.

BYU lost yesterday to Texas A&M and in the early game today, Utah State takes on Marquette. The Aggies haven't advanced past the first round since the 2001 season, so it'll be interesting to see if they can do just that against Majerus' old team.

Hopefully today is a bit more exciting than yesterday, which saw little upsets and only a handful of close contests.

You know the drill, use this thread to comment on the tournament action today. 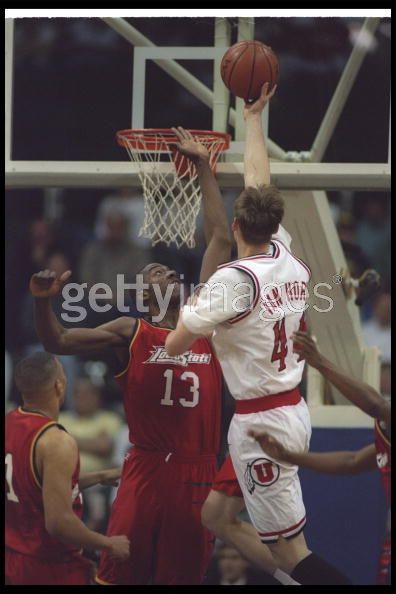 Keith Van Horn scores on Iowa State's Kelvin Cato in the 2nd round of the 1996 NCAA Tournament. Utah would win 73-67.