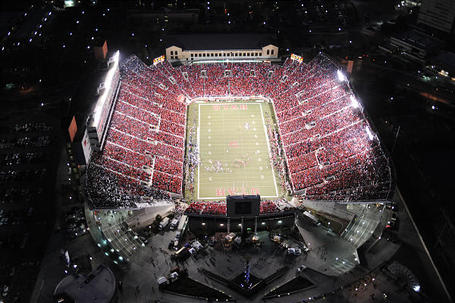 Well it's here - the beginning of a new season with new hopes and new memories (hopefully all good).

I love opening the season on Thursday. It's like celebrating Christmas two days before all the other kids in the neighborhood. While they have to wait to open their gifts, we're tearing open ours. How awesome is that? Better yet, come Saturday, we get to relax in front of the tube for hours watching every play unfold knowing our game is safely behind us (well that is unless it's a loss, then it does kind of wreck the entire weekend).

But what would be more perfect is if we end today 1-0 and winners of 15-straight.

Get it done, Utah!

Utah has reached a BCS bowl game twice in the past five years, indicating that ... - Salt Lake Tribune

Utah Utes football: Decision day at quarterback is finally upon us

A look at college football around the rest of the country