Get this - Boise isn't a state!

Share All sharing options for: Get this - Boise isn't a state!

For how close Boise, Idaho is to Salt Lake City, you'd expect that I would know a bit more about their fair city than I actually do - but I don't.

Sure, I know it's the capital of Idaho and home to the Boise St. Broncos and Idaho Steeleheads of the ECHL (only because of the Utah Grizzlies) - beyond that, though? Who the hell knows.

In fact, I didn't even know what a Boise was until literally one minute ago when I Googled the term. It's French, for wood. Or something like that. Hm, Boise is named after a French word. That makes them cheese-eating surrender monkeys in my book. 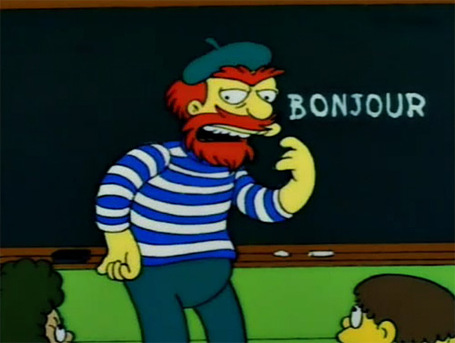 So to get to know more about the home of our bowl opponent, I went on over to Wikipedia and read all about Boise, Idaho.

Like did you know it's the largest city between Salt Lake City and Portland, Oregon? Not that this is any spectacular feat, as much of the land is inhabited by cows - but you take what you can get.

Famous residents include Bill Buckner, George Kennedy and Paul Revere (the one from Paul Revere & the Raiders, not the American patriot who lived during the American Revolution - that would just be weird).

Speaking of George Kennedy, he starred opposite of Chuck Heston in the 1974 hit Airport '75. In that movie, a jetliner, en route from D.C. to Los Angeles, is struck by a small private plane on its way from New Mexico to Boise. The pilot of that plane is killed and the aftermath leaves this hulking Boeing 747 with a gaping hole right above the cockpit. They must emergency land in Salt Lake City.

KSL's cameras even make a cameo in the movie!

What the hell does that have anything to do with Boise and Utah and the Las Vegas Bowl? Not a damn thing, really. I just found the connection of Boise resident George Kennedy starring in a disaster movie that includes both Salt Lake City and, though briefly and only through mention, Boise pretty interesting.

Now my introduction to the city of Boise, and pretty much everything I remember and know about that city, happened in the den of my grandparents' house as my dad and I watched the Richard Pyror movie Moving.

It was years ago and I couldn't really tell you much about the movie except that Pyror and his family move from New Jersey all the way out to Idaho for a job and that Randy Quaid plays the annoying neighbor - in both New Jersey and Idaho (because 80s movies loved to overuse that twin angle in slapstick comedies)!

Not that there was much to learn about the city from this movie.  But it was really the first time I ever saw Boise on my television and now I could probably point out their skyline if I ever saw a picture because it hasn't changed much from the way it was portrayed in the 80s. 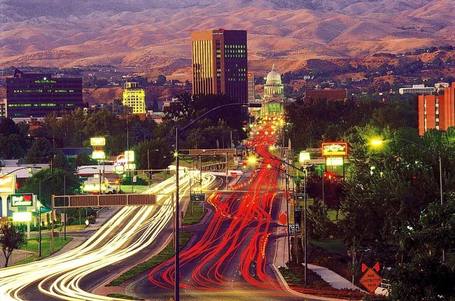 I also think the Jazz held training camp up in Boise during the height of the Stockton and Malone years. At least that's what my memory tells me and it's often wrong on many accounts.

Oh and they do have a pretty good football team there. So whatever they're feeding those boys (potatoes, no doubt), it's working.

It's that football team that really put Boise the city on the map. Not potatoes. Not the French. Not even George Kennedy or Richard Pryor.

It was the Broncos and as long as they continue to play well, America will continue to ask, "wait, what, Boise is a state?"