Nothin' but love for Utah at Pac-10 meeting

Share All sharing options for: Nothin' but love for Utah at Pac-10 meeting

Of course, what else are they going to say?

Regardless, it's nice to hear how well-known the Utah program is out west. It wasn't always this way and I can't help but get a bit verklempt when thinking about it! Talk amongst yourselves. I'll give you a topic...The Civil War was neither civil nor a war. Discuss. 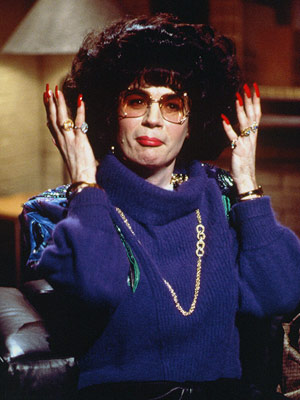 Anyway, the Deseret News compiled a nice list of quotes about Utah from Pac-10 coaches:

MIKE STOOPS, Arizona: "I think it's awesome. They bring some modern tradition. When you look at what they've done ever since Urban (Meyer) was there and since he left, I think they've established themselves on a national level — what they've been able to accomplish out there. So I think it's a neat place. I've been out there, I know it's a tough place to play. But again, we're excited to have both Utah and Colorado in the conference."

DENNIS ERICKSON, Arizona State: "It's great for our league. They do such a great job football-wise. Salt Lake City is a great city. I've spent time there and great fans and the TV markets ... To me it's a great addition. I like the idea of having 12 teams in our league and splitting it up and having a playoff. Getting them and Colorado is really beneficial for us."

JEFF TEDFORD, California: "I think it's great. When you look at competitive teams, Utah is right up there. We know firsthand from the bowl game last year and they've been consistent over the years. Not only are they a great football and athletic school but a great academic institution. So it's a great fit for the Pac-10."

CHIP KELLY, Oregon: "Love them ... They've won a couple BCS games. I think what coach Whittingham has done with that program has been nothing short of amazing. Now we get them in the league. We had a great game with them last year at our place ... It expands the footprint of our conference and it gets us to 12 teams. We've got a chance to play in a conference championship game and I think it's an exciting time to be in the league."

MIKE RILEY, Oregon State: "To be perfectly blunt, we're adding another really good football program to our league. So the competition just amped up a little bit more. I've got a lot of respect for Kyle and the program over there. Of course, we've been over there a couple of years ago and had a great game and lost. So we know how good they are. But I think they're a very, very fine picture of what will be a Pac-12 team. I think they fit the bill in every way. It's a good university, it's a great city. They're a very good football program. So even though it'll make life harder for us, we'll welcome them in anyway."

JIM HARBAUGH, Stanford: "I think it's really good for the conference, now kind of extend from the Pacific Ocean all the way to the Rocky Mountains. Another aspect for Stanford, we love recruiting the Salt Lake and Provo area and this will give us some more exposure in that area."

RICK NEUHEISEL, UCLA: "Excited. The conference expansion was certainly on the horizon and I know they're a great program. Coach Whittingham has done an unbelievable job of building a champion there. They've proven they can go to the BCS level and play successfully and I know their fans are excited about it. So it'll be a great addition to our league."

LANE KIFFIN, USC: "We're real excited about it. That will be the 11th team and we'll get to 12 and we'll be able to have a championship game, hopefully. So it's an exciting time for the conference and it's great bringing them in. They've played so great over the last few years. It's an extremely competitive opponent coming in."

PAUL WULFF, Washington State: "I think ultimately it's going to strengthen our whole package. They are a great addition. They've already got a lot of made things that fit the conference. So I think it's a solid fit. I think they are going to add strength to it. It broadens, obviously, the Pac-10 scope of geographical area, and so I just think it makes the conference as a whole more powerful. So it's a definite positive."