Where I come from: Utah tailgating traditions (yeah, it does happen)

Share All sharing options for: Where I come from: Utah tailgating traditions (yeah, it does happen)

This post is sponsored by NCAA Football 2011 and is part of a week-long series that will further introduce Utah football.

It may sound like an oxymoron - tailgating at Utah.  But, believe it or not, it does happen.  In fact, outside of maybe Air Force, the University of Utah was consistently voted the best tailgating school in all of the Mountain West.  Of course, that's like being queen of the Laramie prom.  But still, I'd like to think we're pretty good at this tailgating thing.

Where we'll fit in the new Pac-10 is unclear.  Certainly not in the top-three and probably not as bad as the bottom-three.

So I guess somewhere in the middle.

Which, for a school located in conservative Utah, ain't such a bad thing.  Right?

For me, I never tailgated when I was a kid.  I didn't live too far from the stadium and every game day, we'd leave only an hour or so before kickoff.  But that was when the Utes weren't very good and it wasn't really all that challenging getting to the stadium.

By the time I was in college, however, I did tailgate more and more.  In 2005, I even began doing the overnight tailgates up at the lot.  I'd arrive on Friday night and we'd set up camp, open the bottles of liquor and pretty much have a controlled party right there in the glow of Rice-Eccles' lights.

But the best tailgates are generally reserved for the Holy War.  That's when Ute fans are at their best and I don't know if anything will ever beat the 2004 experience.

I got up there around six on Friday night.  I remember it was already packed because they were holding the high school football championship at the stadium.  So 400 South was unusually busy.  In fact, probably busier than at any time I've seen outside of the 2002 Winter Olympics.

Since I didn't have a tailgate pass, I parked on one of those many residential streets that surround the stadium and walked up toward the growing crowd of people.

Throughout, I think I was just completely in awe of how many people were there.  It felt like a second city. Thankfully, I had my camera handy and took a ton of photos of the event and ESPN GameDay the next morning. 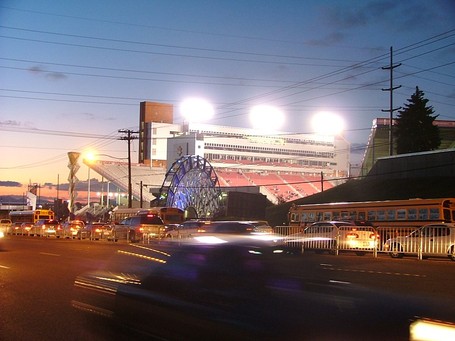 The stadium aglow the night before the 2004 Utah-BYU game 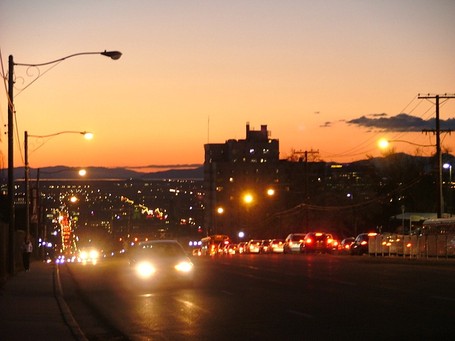 Salt Lake Valley and stadium traffic the night before 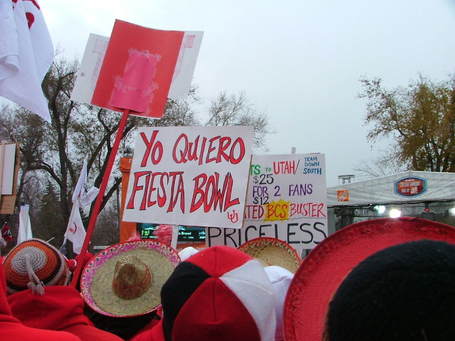 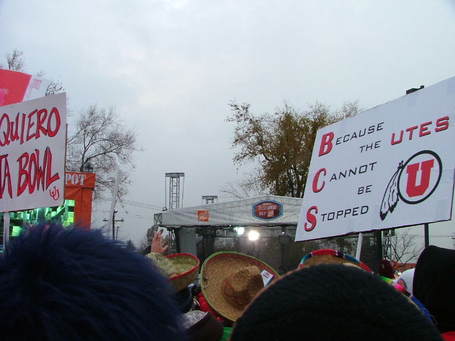 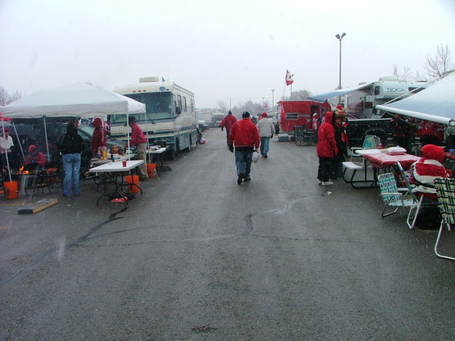 Tailgating in the snow 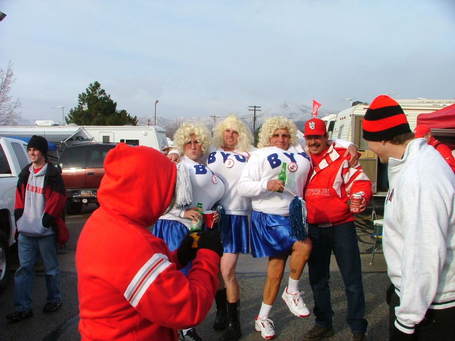 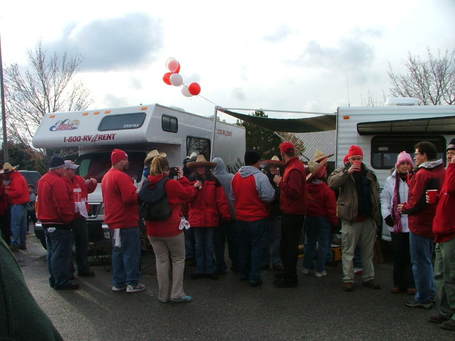 Sure, tailgating might not be the classiest way to spend your Saturday mornings and early afternoons.  But in the end, it's just good ol' fashion American drunken fun!

And who could object to that?  What are some of your best tailgating stories?