They're near-unanimous favorites to win the Mountain West and it's the Utes who seem to be stealing the preseason show. 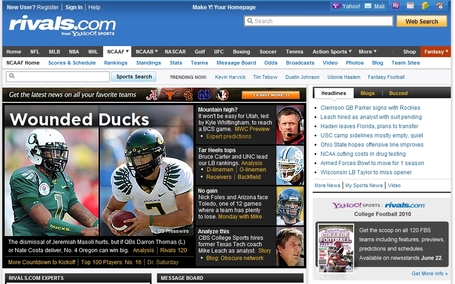 The Utes once again made it to the front page of Yahoo! Sports' college football page. This time for their Mountain West preview. Though most pick TCU (Rivals' Dave Fox is the lone exception, he's going with Utah), Utah is drawing in more of the attention. Especially with talk about reaching another BCS game.

The reads are good and it's nice to see the Utes getting some preseason love - even if they think the Frogs will win the Mountain West.

TCU still has to go through Salt Lake City, right?

Then again, the last time someone claimed the conference title went through a Utah city, bad things happened for that program.