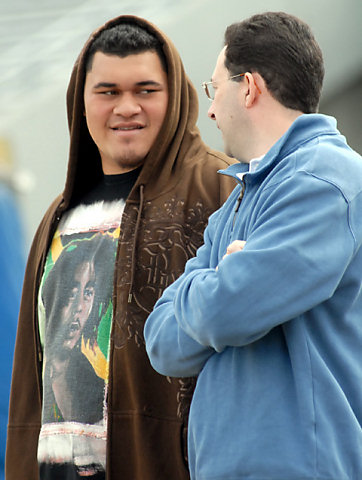 The Utes have signed Benji Kemoeatu, a 350-pound offensive lineman out of Kahuku, Hawaii.

Kemoeatu was originally a four-star recruit from Lackawanna College in Scranton, Pennsylvania and had originally showed interest in the Utah football program back in 2008. However, he eventually signed with the West Virginia Mountaineers.

He is expected to join the team this summer after finishing up his academic requirements and should be ready to go for fall camp.

Kemoeatu had offers from Utah, West Virginia, Oregon State, Cal and UNLV back in '08.