The official website of Howard Pulley basketball is reporting that Cedric Martin, a shooting guard out of Minneapolis, Minnesota, has committed to the Utah basketball program. Martin received early interest from the Minnesota Gophers back in 2007, however, after a brief link to Indiana State in late 2008, he found his way to Lee College in Baytown, Texas (fun fact: that's Brian Johnson's old stomping ground). 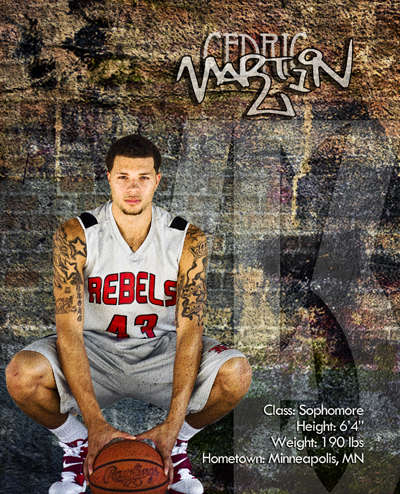 Utah also appears to have received the commitment of Kareem Storey, a point guard out of Baltimore, Maryland.

This is what ESPN's recruiting profile has to say about Storey:

Strengths:
A compact lead guard with a powerful and quick body, Storey is very talented with the ball in his hands. He creates tempo from baseline to baseline, plays very strong with the ball, and has unrelenting energy and attacking energy. He has dependable three-point range off the catch and the dribble, creates offense north to south as well as east to west, and can pick up the ball for the entire length of the floor defensively.

Weaknesses:
While Story is an unrelenting attacker and scorer, it sometimes comes at the expense of his teammates or the team's offense. He monopolizes the ball, hunts shots, and has a very hard time making good decisions. It remains to be seen if he can play in structure at the next level, especially in a half-court game.

Bottom Line:
Storey has the college ready body and playmaking skills to play at a high level, but may be better off going to a lower level in order to play the game the way he wants to.

With Utah's lack of bodies, any acquisition right now is a positive step. I'm not sure what to make of either, but welcome to Utah.