Share All sharing options for: Utes to blackout for Oregon State game

Utah will hold its fourth annual blackout game against Oregon State according to a tweet by Wykie Freeman, which shows off the Utes' 2011 schedule. 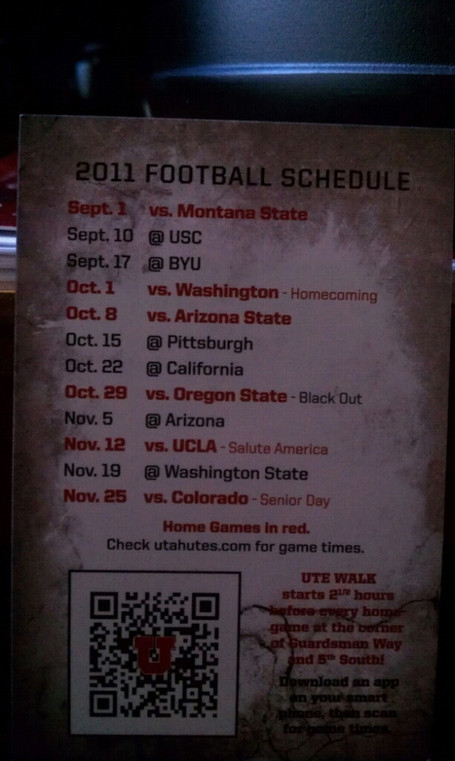 This has become an annual late-season tradition for Utah, who held their first blackout against #11 TCU in 2008 - a 13-10 victory.

Of course, we all remember last year's abortion against those same Frogs and I'm guessing some will be groaning at the thought of another blackout game after their listless performance in that contest.

But it is fun, especially if it's held at night (which was missing from the TCU debacle last year).

So, either Utah can exorcise some bad voodoo associated with the blackout or perpetrate its stigma.

Either way, it should make for a thrilling atmosphere. 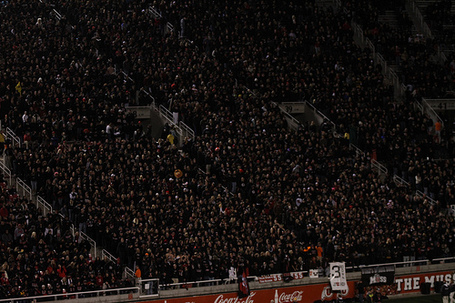