Utes to get new uniforms for inaugural Pac-12 season

Share All sharing options for: Utes to get new uniforms for inaugural Pac-12 season

Since it's the season of change, Utah football will also change its looks. The program will have new duds for their first season of Pac-12 play.

Though they've yet to be officially released, Conroy Black has uploaded what appears to be the new uniforms as his profile picture. 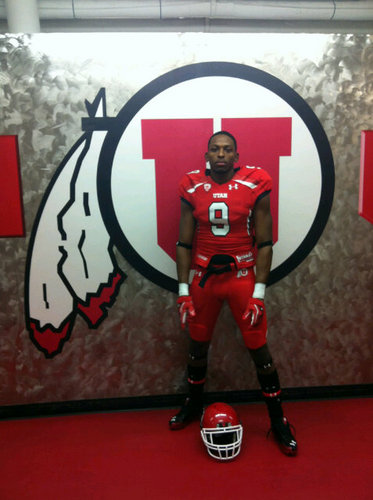 Not a dramatic change from what we've seen the last few years. The uniforms appear to match the helmet color, which hasn't been the case lately, while white doesn't appear nearly as pronounced as it was in the past.

Overall, I think it's a much sleeker look, but I still wish they would drop the all-reds. They look like pajamas to me. When the red tops were paired with the white pants last year, I thought it was the perfect look and I'm hopeful the team rolls that combination out this season.

Not shown, of course, are the road uniforms and the ones that'll be used for this year's blackout.

What are your thoughts?