Share All sharing options for: RES expansion a topic at Utah's first ever Social Media Day

Utah football will begin looking at expanding Rice-Eccles Stadium in the next 2 to 3 years, Chris Hill announced today during the school's first ever Social Media Day.

Though nothing concrete was released, he did mention there are plans to expand capacity to around 55,000 and add more luxury suits. He did not say if those luxury suits would be added to the east-side, mirroring the press box to the west or if they'll be integrated into the expanded SEZ in similar fashion to TCU's Amon G. Carter or So. Mississippi's Roberts Stadium. 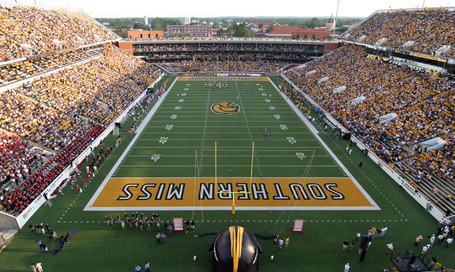