Share All sharing options for: Pac-12 roundup: Arizona State, COME ON DOWN! 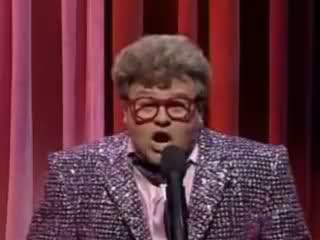 Who the hell knows what's going on with the Sun Devils. One week they look awful against an Illinois team that barely beat Western Michigan (the MAC, folks. THE MAC!) and the next, they piledriver USC.

As much as I don't think it will happen, I'm just sayin' that I would not be floored if it did.

Even so, the Sun Devils moved to the top of the Pac-12 South pile and now control the division and their chance to play in the conference title game. That's cause for a kegger at the Erickson house.

And we all know what happens at keggers - just as everything seems to be going well, someone inadvertently picks a fight and the whole night ends on a disappointing note.

I have a feeling that's what'll happen to the Sun Devils this year.

Team of the Week: Arizona State. The Sun Devils finally defeated the Trojans. The last time that happened? 1999.

Team of the Weak: Oregon State. Needed to win, didn't and lost to a bad UCLA team. No bueno.

1. Stanford Cardinal (3-0): Cardinal destroyed the hell out of their bye week.

4. California Golden Bears (3-1): Still not quite sure what to make of Cal, but definitely a dangerous team.

6. Oregon St. Beavers (0-3): You know those damn pesky Beavers will pull a WTF win out of their butts sometime this season. Hopefully it doesn't come against Utah.

1. Arizona St. Sun Devils (3-1): Now we wait to see if ASU upchucks all over themselves.

3. Utah Utes (2-1): Utah spent most their bye week pointing and laughing at BYU.

5. Colorado Buffaloes (1-3): No one expected them to beat Ohio State...right?

6. Arizona Wildcats (1-3): It's not that I think the Wildcats are bad. I just think they're not very good. It doesn't help their schedule is more difficult than a teething infant.

Game of the Week: Washington @ Utah. This game is going to decide who gets to pretend they're on the level of Oregon and Stanford.