I don't know if ya'll heard the devastating news last week that MTV had cancelled Jersey Shore ... a move that has perplexed a thousand bros over. I mean, now who are frat boys going idolize?

Well, fortunately, as the Jersey Shore crew moves out ... a new crew moves in. Led by Riley 'The New Situation' Nelson, MTV has announced its upcoming new show, Provo Shore.

I've heard good stuff. Now that caffeine is allowed in parts of Provo, things could get a bit crazy down there. So, be sure to tune in for all the wild Provo Shore antics - like NCMOS, floating and crank phone calls to the BYU Creamery. Oh yeah, it's gonna get insane. 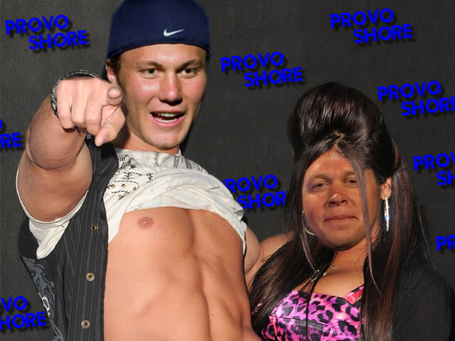