Utah basketball is putting together its best class in recent memory.

Kyle Kuzma is expected to sign his National Letter of Intent today and with it, the Runnin' Utes begin putting together a solid, nationally respected 2014 class.

It's an amazing feat when you consider how low the program looked coming out of the Mountain West. Entering his third season, Larry Krystkowiak looks to be legitimately building a solid program that could, believe it or not, contend in the Pac-12.

Sure, it's not going to happen this season, but the foundation is there. With the addition of Kuzma, Isaiah Wright and Brekkott Chapman, the long, bleak darkness that has dominated the Utah basketball program since Rick Majerus retired seems to be coming to an end.

Yes, there is a light at the end of the tunnel and it's not a train bearing down on the half-empty Huntsman Center. 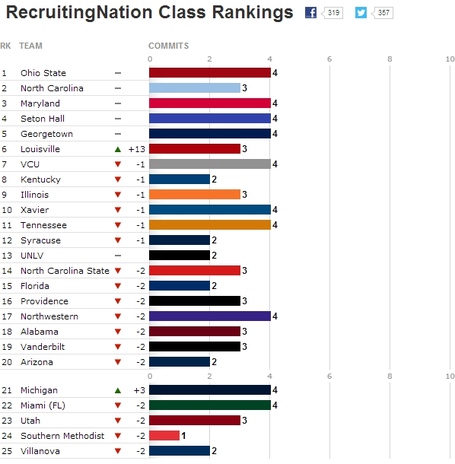 Who woulda thought that possible a couple seasons ago?

Now, of course, we need to win.

That's the next step in the rebuilding process.