The move, though surprising for its timing, comes after years of speculation.

The University of Utah is expected to drop the nickname Utes prior to the start of this year's football season, Block U has learned through sources closely connected with the athletic program. The school will make its announcement at a press conference later this week.

Both Chris Hill and University President David Pershing agreed late last year to make a push for a new nickname after the school decided it was best to move away from the often controversial Utes' name - something the program has called itself in most forms since its athletic founding. Over the years, the University has kept a respectable relationship with the Ute Tribe, and even made concessions in the past so as to not offend those associated with the tribe. Those changes included dropping a Native American mascot as well as asking students and fans to not wear the traditional Indian headdress to sporting events.

This move was not instigated by the Ute tribe, and instead solely the decision of the school and the athletic department, however.

At the press conference, tentatively scheduled for Thursday, the program is expected to unveil its new brand name, as well as a logo and revamping of the school's website and uniforms.

Utah is now going to be identified as the Moose - and will adopt that animal as its new mascot for the upcoming college football season.

Through connections, Block U was able to view a preview of the new athletic logo: 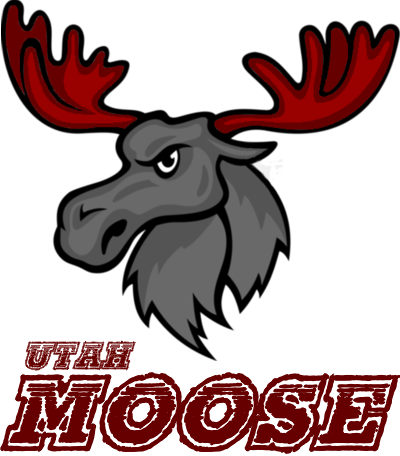 The upcoming change to the athletic department's website was also leaked: 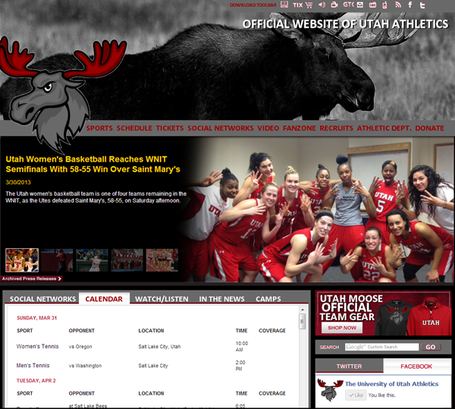 This is clearly the most dramatic change the program has ever experienced and it's unlikely that it'll be met with excitement from a fan base who has embraced the name Utes as much as the University itself. But I think we all saw this day coming.

Here's a bit more information on the pending change.

What do you think?