For the first time in ten years, the Utes failed to play for a bowl game last season...will that change in 2013?

Share All sharing options for: Will Utah make a bowl game in 2013?

I know it's hard to measure a season solely by the success of making a bowl game with how easy it seems to make the postseason in today's game. To be sure, it is absolutely as easy as it's ever been to play in a bowl game and teams that fail to win the six needed to qualify have to stink it up pretty badly to miss out on that chance to play in the BigLots Save a Dollar Bowl. And that's exactly what Utah did last season, they stunk it up and couldn't muster an extra win for a tenth-straight bowl bid.

I know we like to look at this year's schedule with a bit of trepidation because of the difficulty of it - but surely there are six wins in there somewhere ... right? There has to be, as there were six wins in last year's schedule. Utah didn't miss out on a bowl game because they were too young or there was too much uncertainty at the quarterback spot - they missed out on a bowl game because of often self-inflicted wounds - whether they came from the coaching staff or the play on the football field. There really is no excuse for the Utes not making a bowl game last season and you know what?

Five Things I'd Like to See From Utah This Season 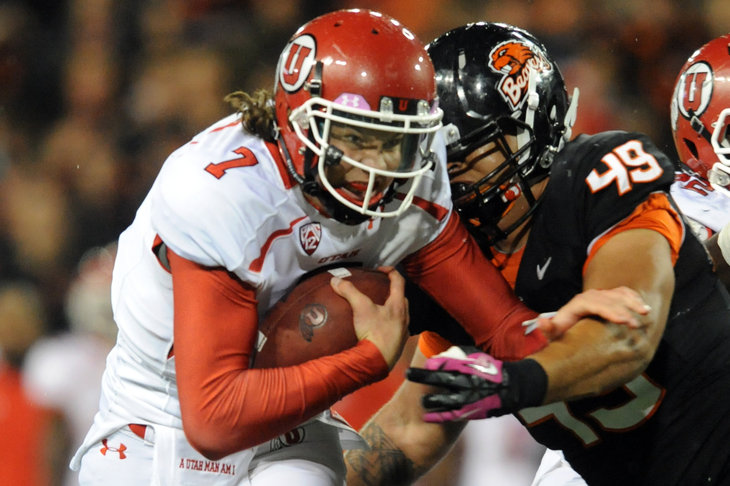 There will be no excuses if they fail to make a bowl game this season. I don't care how many players they're returning or how difficult the schedule appears to be, they should be good enough, just as I believe they were good enough last year, to find at least six wins. In this day and age, the fact Utah football does not leave the state of Utah until their seventh game of the season, anything short of six wins should be considered a complete failure.

So, while I understand the fear this schedule elicits, and last year's mistakes on the whole, I have to believe this team is improved enough to find that one extra win - especially when they came so close in most of their defeats last season.

I want a bowl game ... even if the Utes are stuck playing in Albuquerque. It'll still be infinitely better than spending another December home.

And who knows, they might be able to surprise and play their way into a better bowl game. It's entirely possible. But above all, they just need to get back to that winning attitude. That's imperative this season.

Can they do it?