Utah is four wins from returning to the postseason. Will they do it?

After last year, I've stopped taking bowl games for granted. I mean, there was a point these past two seasons where I questioned whether the Utes would make a bowl game ... but at the end of 2012, when Utah lost to Arizona, it became clear that at this level, bowl games are no guarantee.

So, each win is serious business - even victories over FCS teams like Weber State. It means the Utes are that much closer to a bowl game, and believe it or not, they're closer today than they were at this point last year or two years ago (the best they did after two weeks was 1-1 both seasons) and a win Saturday will put them within striking distance of returning to the postseason.

Already, the press is starting to warm up to the idea of Utah playing in a bowl game. Prior to the season starting, that potential didn't exist - as I found hardly any publications projecting the Utes in a bowl game.

Jason Kirk of SBNation has the Utes playing BYU in the Kraft Fight Hunger Bowl (no).

Ted Miller of ESPN has Utah playing in the Heart of Dallas Bowl against ... a Conference USA today.

Still, there are a few websites that still aren't sold on Utah. Phil Steele doesn't think they'll make a bowl game, and neither does CBS Sports or College Football News.

But a lot of that can change with a win this weekend against Oregon State.

For now, though, the Utes are four wins away postseason play.

Can they find four wins in their next ten games? 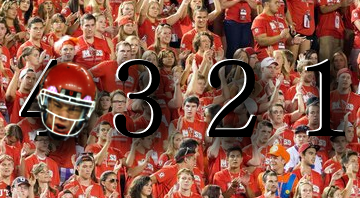