Utah is now just three wins away from returning to the postseason. Can they do it?

Disappointingly, I could not do the countdown last week. The Utes' loss to Oregon State kept 'em stuck at four wins away from bowl eligibility. It's a tad frustrating to realize how close the Utes are to being undefeated and only two victories away from a return to the postseason. Alas...

So, can the Utes do it? With four games under their belt, Utah just needs three more wins to get to six and automatically qualify for a bowl bid. Looking at the schedule, it does seem doable, especially if the team is improving, and last Saturday's win over BYU certainly helped - as even prior to the season starting I said it was imperative the Utes open the season no worse than 3-1. They did just that, and while 4-0 would have definitely bolstered their odds, I still think, when it's all said and done, they make it back to the postseason.

And I'm not the only one.

College Football News has the Utes playing Nevada in the Las Vegas Bowl.

Ted Miller has the Utes playing a Conference USA team in the Heart of Dallas Bowl.

CFN actually just added Utah to its bowl projections, as they didn't have 'em listed on our last update. Jason Kirk decided, even with the BYU win, the Utes probably won't make a bowl game ... even though he thought they would two weeks ago.

So, can the Utes find three more wins? 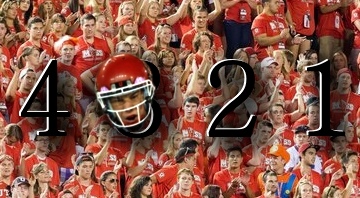