The star receiver for Utah has been named to the Maxwell Award watch list, the award for America's College Football Player of the Year.

We are almost a month away from fall camps opening up across the country, so that means that preseason awards, polls, and watch lists are going to start hitting the newswire over the coming weeks.

The list of names on both watch lists are long, but there is only one name from Utah's roster that made either list. Utah's star 1,000 yard receiver, Dres Anderson has been named to the Maxwell Award watch list. Coming off a 1,000 yard season last year, Anderson is a redshirt senior that is pushing his way up the all-time ranks at Utah. Anderson joins other Pac-12ers Brett Hundley, Marcus Mariota, Nelson Agholor, Ty Montgomery and many more on the watch list.

Here are some more details about the watch lists from the press release:

The watch list candidates have been chosen by the Maxwell Football Club's selection committee, which analyzes both past performance and future potential. The Club reserves the right to make additions and deletions to these lists as the 2014 season unfolds. All members of the Maxwell Football Club, NCAA sports information directors, FBS head coaches and selected national media are eligible to vote for the awards.

The next watch lists to be announced is for the Mackey Award and the Rimington Trophy, those will be announced tomorrow July, 8th. 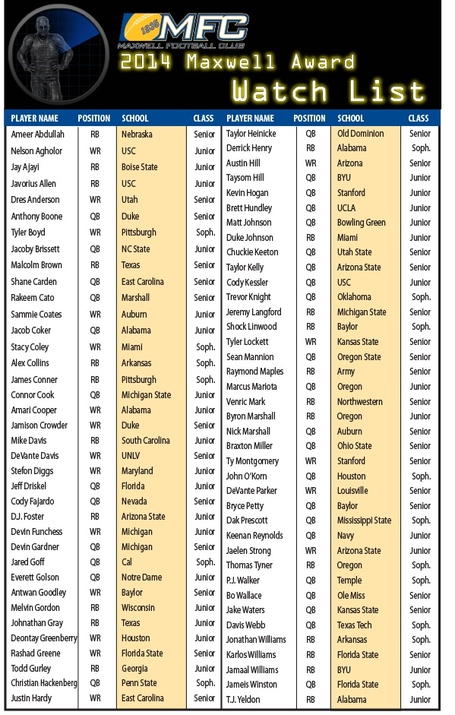 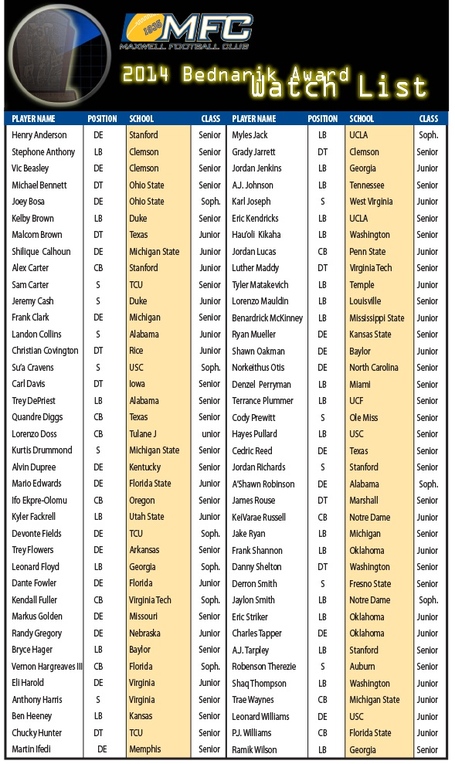