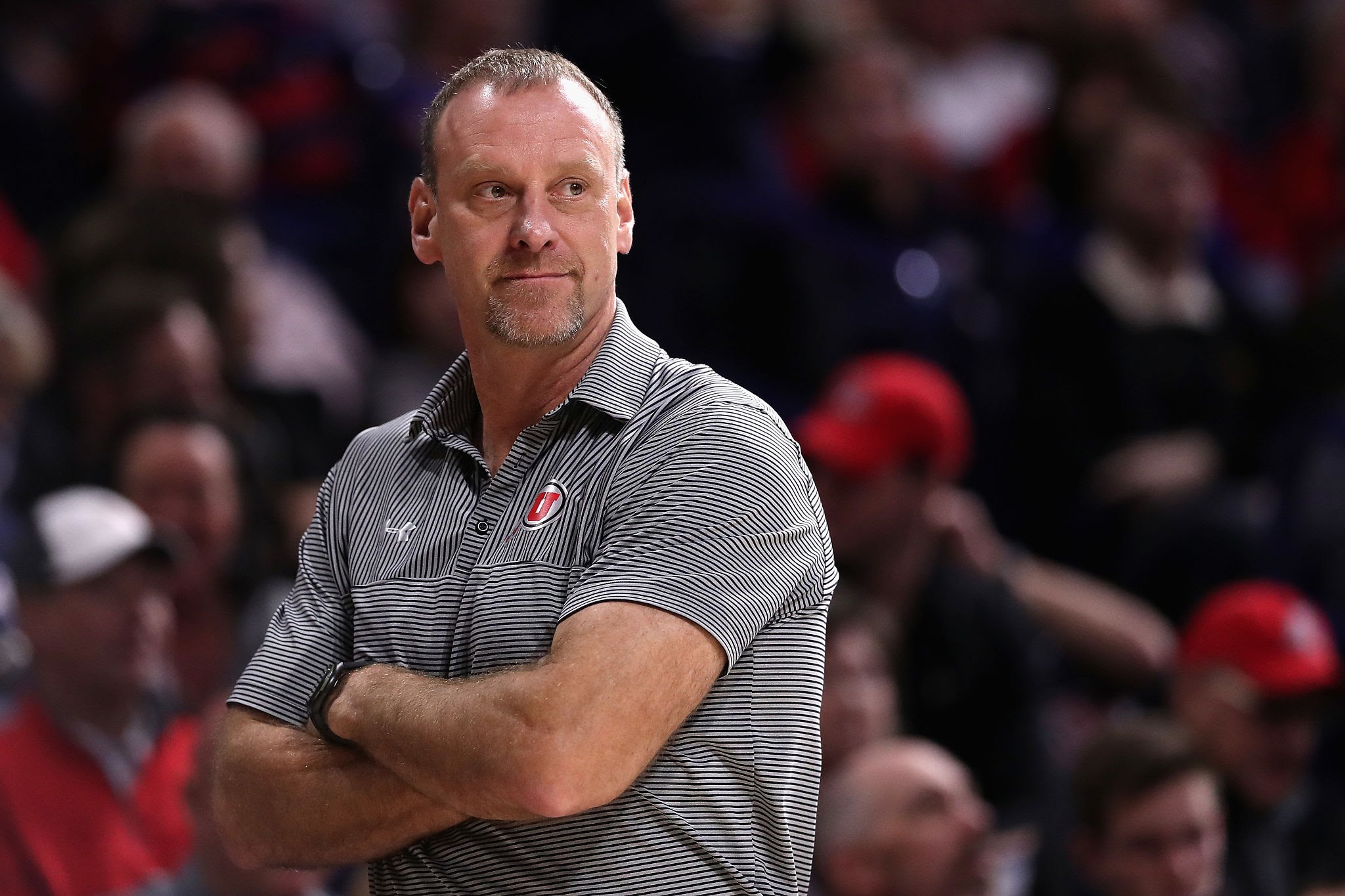 Utah Utes succumbed to a defeat at the hand of Washington Huskies in the last minute as the Huskies finish the game on a 7-0 run, which is what head Coach Larry Krystkowiak is placing the blame on. Following the end of the game, Krystkowiak met up with the media reporters making his answers to the public short.

Most times and regardless if its a win or loss, the Utah head coach normally gives lengthy answers and insights to what happened or what went wrong in the game. However, the coach took a rain check on that on Sunday as he was asked about the fight his team put up in the late minutes of the game, which was also predicted by online casino usa real money ahead of the game.

He said: "Doesn’t do much good to fight when you do that at the end of a game but our last four possessions we turned the ball over. Bad coaching,"

The 56-year-old head coach replied a question about his team taking the lead for most of the game. And the reply seems to be longer as the Utah coach seemed to have taken this loss quite seriously than every other game.

Krystkowiak replied the question saying: "I don’t think the game went so well. I thought we opened up really well and built a nice lead, we missed a bunch of bunnies in the first half. In and around the rim, it seemed like a grind, but you got to make more plays.

"It was a back and forth kind of game, they responded and hit some big threes when they needed to. We had some players step up and made some big plays as well. Just comes down to doing a better job of valuing every possession. Then all of a sudden, we take on a different mindset where we’re trying to force things and then it wasn’t good.

"It’s always tough to lose a game regardless. We would’ve loved to have gotten a road sweep, but you have to be better. There were plenty of possessions where we beat ourselves, give Washington credit, but I have no problem with losing a game, I just think that it was certainly self inflicted at times."

Following their defeat at home to California in the final game of the Utes' four-game home stand, many were expecting Krystkowiak to be more bothered with the game being played at home, the Golden Bears were rebuilding their team as Utes were just facing the team after a 79-65 victory over Stanford Cardinal two days before their clash.The game ended in a 63-72 loss at the hands of the Golden Bears at the Huntsman Center.

The defeat handed to them by the Huskies hits differently as the Huskies are regarded as the worst team in the Pac-12 having registered a 3-11 record. Two out of their three victories came was registered recently when they secured their first conference victory of the campaign during the week against Colorado. Thanks to their victory against Utes, the Huskies are now in a two-game winning run.

Center Branden Carleson scored a career-high 18 points with 5 rebounds. Forward Timmy Allen was closed to registering a triple-double as he bagged 15 points, 7 rebounds and a career-high 10 assists in the game, with online casino Australia backing his performance in the game with impressive odds.

Right from a 3-6 record, the Utes were dropped to 6-7 overall in the Pac-12 play. They will return to action on Saturday as they will be clashing against Colorado.