The Utah football team officially unveiled on Wednesday the new uniforms for the 2014 season.

It was leaked just a couple of weeks ago by Amazon and the RedZone Stores, and on Wednesday, the Utah football program confirmed those leaks by officially unveiling their new uniforms from Under Armour.

The initial response from fans was questionable at best (at very best). What may be considered the most "progressive" design that we have seen on Utah uniforms, with the Wasatch mountains on the sleeves, will be interesting to see how these new jerseys sell.

Like it or not, this is the future of college football. It's all part of the arms race that is big money college sports. (Scary right?) We live in an age where the uniform makes as much of an impact as what happens on the field. While many of the more traditional crowds may not understand it, it is what it is. Fashion has integrated itself into the fabric of college athletics. (I blame Deon Sanders. Why? Maybe when he spoke the words, "Look good, play good", he set in to motion the very situation we have now.)

As for the Utes, looking good in their new digs is a matter of opinion. The playing part… well, we'll find out in about three weeks. 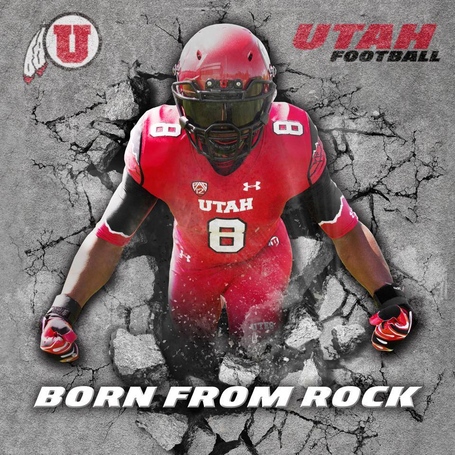